Guppies may experience a variety of disorders, sicknesses, and parasites during their lifetime. Identifying the nature of the condition will allow you to address it adequately before advancing too much.

Today we will discuss the Camallanus worm. What is this parasite, how will it affect guppies, and how can you counter it?

What is the Camallanus Worm?

The Camallanus worm is a small parasite that requires a host to grow. This parasitic organism is the most widespread among exotic fish and can infest the entire tank fast. This worm is problematic primarily because it’s difficult to discover its presence, especially in the early phases of the infection.

The Camallanus worm will attach itself to the victim’s digestive system, more precisely inside the digestive tract, where it will grow and reproduce. The worm will feed on the host’s blood, sucking in vital nutrients and depriving the victim of the much-needed vitamins and minerals.

There are no noticeable signs of infection in the beginning. Only when the parasite grows and multiply will you be able to observe the first symptoms. At that point, you need to seek treatment fast, otherwise, the fish will die. 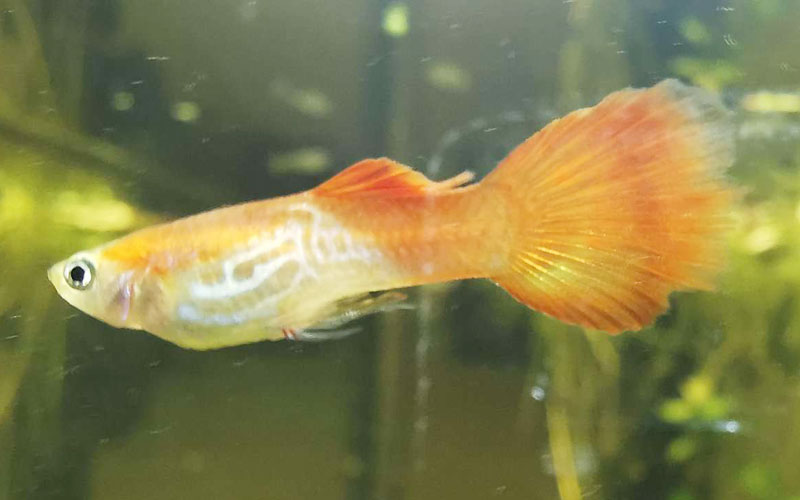 How do Camallanus Worms Reproduce?

The Camallanus’s life cycle revolves around its victim’s physiology. In other words, this parasite needs a host to reproduce. Its reproductive cycle looks like this:

How Did Camallanus Get Into Your Tank?

There are 3 primary ways for the Camallanus worm to get into your tank and infest the guppy population:

Unfortunately, quarantining the infected fish doesn’t guarantee that you will eliminate the problem. Maybe the worm has already laid the first-stage larvae inside the tank. If you’ve noticed worms hanging from the guppy’s anus, that means that the infestation is already advanced.

At that point, it’s no longer enough to treat the infected fish. A more radical approach is necessary. 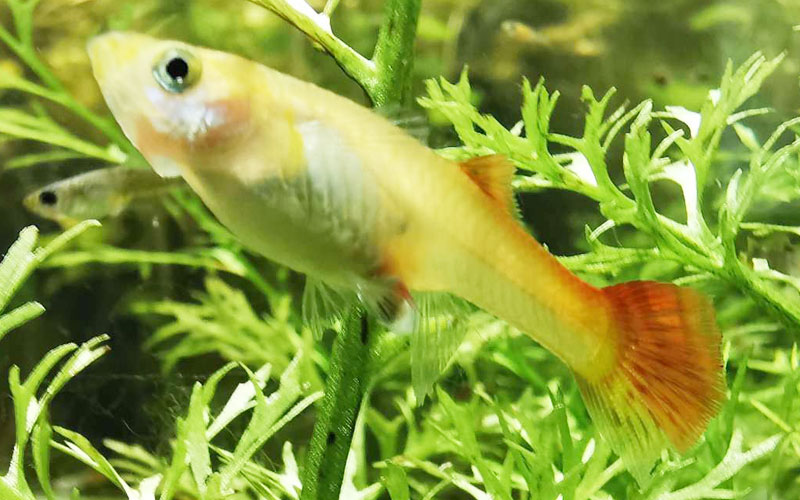 How to Get Rid of Camallanus?

As I’ve already mentioned, treating the infested fish won’t do any good in the grand scheme of things. To make sure that you’ve overcome the infestation, you need to cleanse the entire tank and sterilize the environment.

At this point, you need to:

Regarding which medication to use during the treatment, here are some of the 2 best options available:

Can Camallanus Spread To Other Fish?

These will eventually infest the other fish, soon to overtake the entire fish population. Containing the spread is difficult in its first phases since the infested fish will show no signs of infestation. This is why treating the entire aquarium is necessary to eliminate all traces of the parasite, including larvae and eggs. 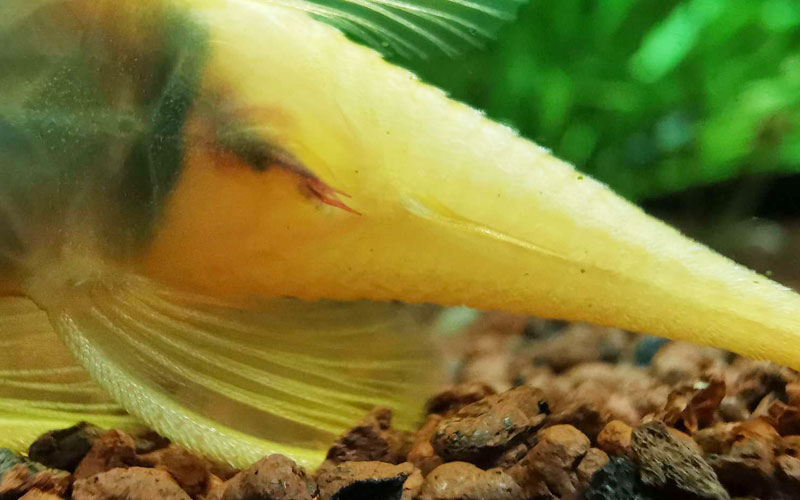 Will Camallanus Worms Kill Your Guppies?

Yes, it can happen, although it’s not as common as you might think. After all, the Camallanus worm, like any other internal parasite, will create a symbiotic relationship with the host. The worm will consume some of the host’s incoming nutrients, which means that the worm cannot infest and live in a dead organism.

There’s nothing in it for the worm if the host dies; its whole purpose is to extend this symbiotic relationship as long as possible. However, death can occur if the parasite grows too large and the fish no longer receives vital nutrients as a result.

This is why it’s important to detect the infestation as soon as possible and treat it immediately. The good thing is that once you’ve cleaned the tank of any parasites, it’s unlikely that the Camallanus worm will return.

The risks are even lower if you’re performing regular tank maintenance and water changes.

Are Camallanus Worms Dangerous to Humans?

Fortunately, no, the Camallanus worm won’t infect humans. That isn’t to say that you can be reckless when cleaning the tank. Fish tuberculosis can pass onto humans, and you don’t want to deal with that.

Always clean yourself thoroughly after cleaning the tank and coming into contact with the water or the fish directly.

Should You Euthanize Guppies Infested With Camallanus?

The answer depends on the magnitude of the infestation. If you spot the issue in its early phases, you can probably contain it pretty fast. Some worm-specific medications can be pretty effective against the Camallanus worm, including the 2 I’ve already mentioned in this article.

This is why prevention and early treatment are ideal when it comes to contagious disorders and parasitic infestations. These can wipe out an entire fish population in advanced stages.

It’s not uncommon to for your guppies to experience parasites and various diseases occasionally. The Camallanus worm isn’t particularly dangerous if you can detect its presence in time and resort to adequate treatment.

Try to follow my guidelines with regard to detection, treatment, and what products to use. If nothing works, euthanasia is your last resort.

Just use an ounce of prevention, and you won’t have to consider the latter.