Guppies are generally hardy fish, but they’re not infallible. They can sometimes struggle with a variety of health issues, like parasites, infections, and different diseases. All these come with numerous symptoms, many of which overlap.

Novice guppy keepers, especially, have difficulties differentiating between disease-related symptoms and normal behaviors and occurrences. Such is the case with pregnancy signs vs. dropsy symptoms, which can appear similar in many cases.

Today’s task is to help you differentiate between the 2. Without doing so, you won’t know whether your guppies need treatment or they’re simply pregnant, which will require a different approach. 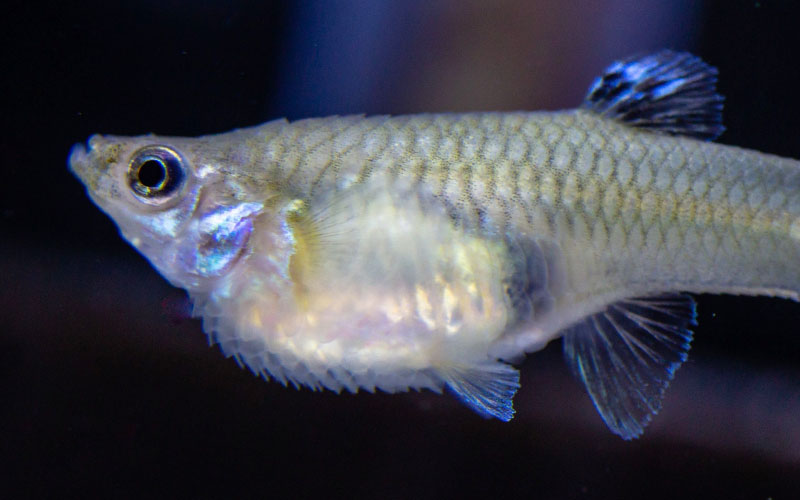 Dropsy is a somewhat rare condition in the guppy world. However, when it does occur, it can come with gruesome effects since the disease is also highly contagious. Some fish will have stronger natural immunity against it, but most will fall victim to its symptoms.

One of the most prevalent signs of Dropsy is the swollen belly, reminding of a pregnant guppy; hence, the confusion. Guppy females will develop an impressively bloated abdomen during pregnancy, making it difficult to tell whether the female is actually pregnant or experience some disease like Dropsy.

Fortunately (yes, I will put it like that for reasons I will explain later), Dropsy comes with several other symptoms, such as:

The reason why it’s a good thing that Dropsy comes with multiple symptoms is because it allows you to identify the condition faster. Confusing it with pregnancy will deprive the guppy from the treatment that could save its life. 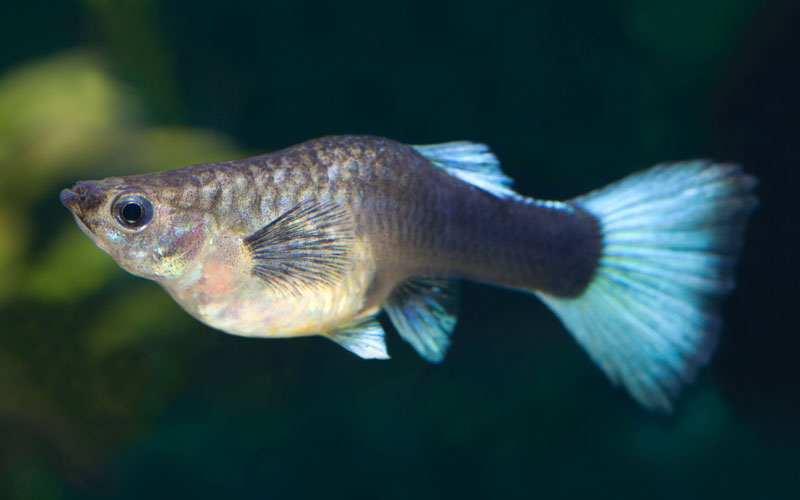 Guppy pregnancy is an opportunity for tremendous joy and excitement for so many guppy keepers. Until they realize that guppy females get pregnant every 30 days and deliver between 20 to 50 fry on average. Guppies are prolific breeders in the ideal environments and with enough diverse food available.

But how can you tell that your guppy female is pregnant, and what should you do?

There are several signs worth mentioning here:

These signs coming together tell the story of a pregnant guppy, so there’s no reason to panic. Just make sure you keep the female under close supervision. When the labor approaches, move it into a different tank to give birth. This will allow you to save the fry from the adults that could eat them upon birth.

Your fry will be big enough to care for themselves 3-4 weeks after birth.

Guppy constipation is more common in cases of overfeeding or when the fish don’t have enough fibers in their foods. It’s also a problem in fish who eat a lot of flake food and not enough live food and veggies.

The most compelling sign of constipation is the overtly inflated abdomen and lack of fish waste. If the fish’s digestive tract is blocked, the guppy won’t pass on any feces.

The guppy may also display buoyancy problems and unstable swimming. This is due to the inflated digestive tract putting pressure on the fish’s swim bladder.

Be careful, however, since erratic swimming and buoyancy problems are also indicators of other, more severe conditions.

Can You Treat Dropsy?

Late-stage Dropsy is usually deadly, which is why diagnosing the condition in its early forms is the key to a reliable treatment.

Here’s what you can do if your guppy shows signs of Dropsy:

Fish with strong immune systems won’t have problems with short-term exposure to the bacteria. Their immune systems will only succumb to the microorganism’s persistency only due to prolonged exposure. But guppies with immuno-compromised systems will fall sick almost immediately.

The disease can then spread to other guppies with faulty immune systems, soon to infect the entire population. To avoid that, here are several preventive measures to consider:

If you’re unsure whether your guppy’s inflated belly is a sign of pregnancy or disease, quarantine the fish. This will allow you the space necessary to investigate the problem and consider the best solution available.

Read my other articles about guppy tank maintenance, diet, and breeding, and comment below if you still have questions.